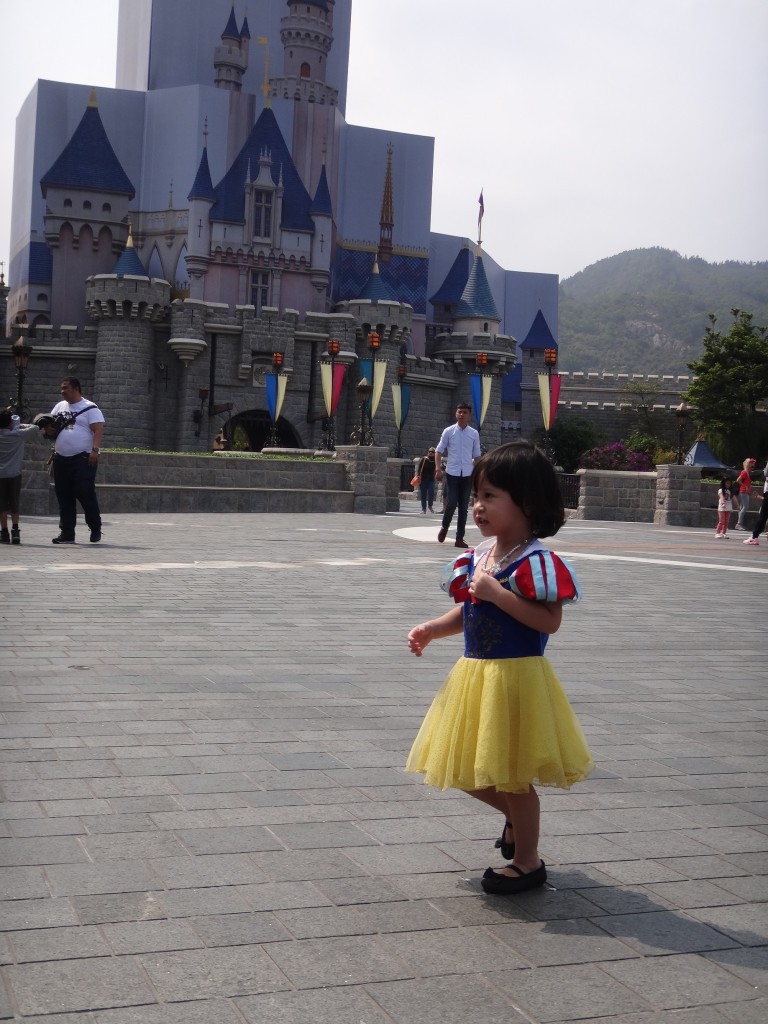 The Hong Kong I remember from my first visit 10 years ago is very different from today’s version. A decade ago, when I first visited HK, the Handover ceremony from the United Kingdom government to China was still fresh in everyone’s mind. It was a very modern city that was super tourist friendly and had a lot of British accent. Today, they are less tourist-friendly and finding an English-speaker can be difficult. But nonetheless, it is still an enjoyable place for toddlers.

Hong Kong is the first destination we travelled to as a huge family – with 3 toddlers in tow. We also did one of our other firsts, we flew out of the country via Clark Airport. The trip was short at 4 days and we covered the two places that we were expected to visit when travelling with kids: Hong Kong Disneyland and Ocean Park.

Getting around Hong Kong is pretty easy because of the MTR. But for those who are not very comfortable with a lot of walking and a lot of stairs (like, when you’re with a bunch of little kids), getting a cab is also fairly easy. We decided to do Disney on our first day. So here’s a good tip, if you’re coming straightfrom the airport, just grab a cab instead of taking the shuttle or the MTR+airport express. You will end up saving so much more if you are travelling with a party of 2 or more. Since Disneyland and the airport are in the same island, you wil spend only about HKD150 for the ride.

So for our first day, we booked two rooms at Disney Hollywood Hotel. I love the hotel because they have really nice facilities and amenities really meant for kids, but there are a few service-related issues they need to correct. For instance, we landed early in the morning (8am) and I requested early check-in. While I understand that my request could not be accommodated when I reserved the rooms, they really should have done a better job at finding rooms for families with tired little travelers.

You see when we got in, several families were already checking out, so you’d think they’d have rooms after an hour or two, right? Nope, that was not the case here. We actually had to wait about 4 hours to get in the room. And we weren’t the only family in the lobby – there were four of five big families waiting for their rooms with kids and adults literally falling asleep on the chairs. 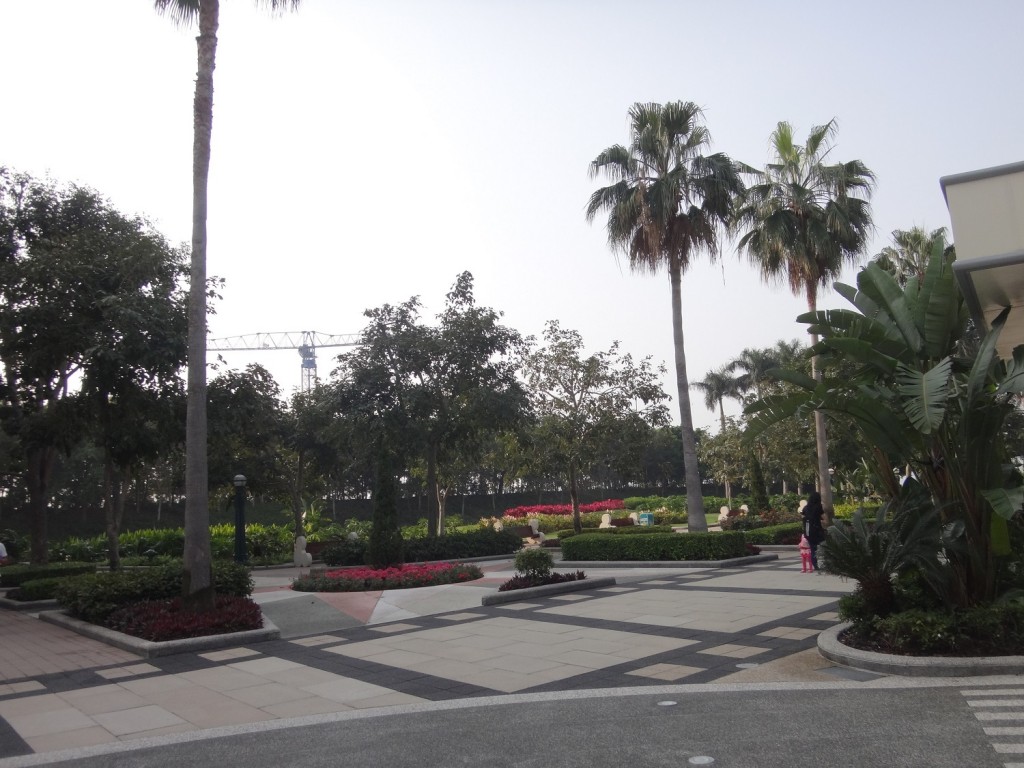 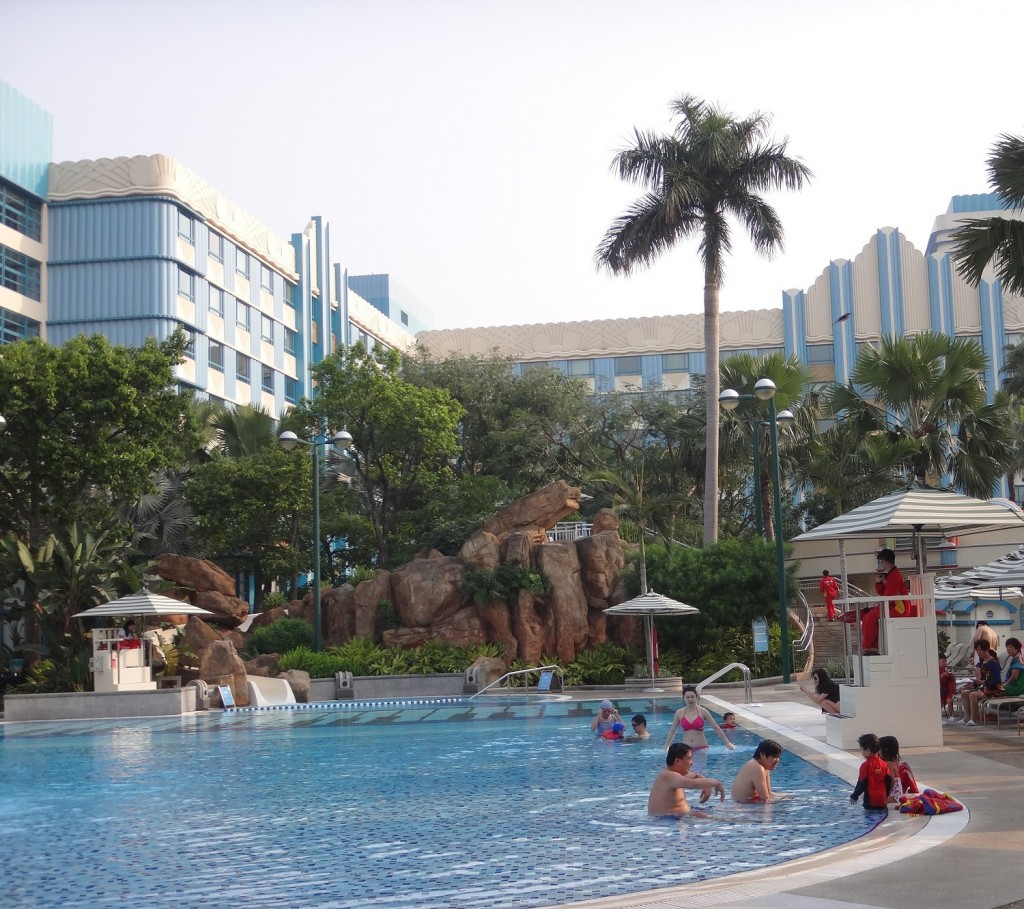 The kids enjoying the piano-shaped pool at Disney Hollywood Hotel

Once you get over the initial annoyance of waiting that long, you will have a better appreciation of the hotel and see how magical it is. They really did allot time and effort designing it to give it that full Disney feel. From the beddings to small items like child-sized slippers, toothbrush and cups – all branded with Mickey.

The nice thing about staying in one of the Disney Hotels (they have two – one is Hollywood Hotel and the other one is Hong Kong Disneyland Hotel) is that they have shuttles going back and forth between the park and the hotels, so if you need to rest in between park visits, you can easily do that. This is really a plus factor if you are there with younger children who can easily get tired from the heat.

Food is a little bit expensive at the hotel and in the park. For instance, in the hotel, the minimum you will spend for a set meal is HKD88. Do check out the store in the hotel’s lobby if you are planning to check in at Disney Hotel, prices for items here seem to be much cheaper than what you’d find in the park.

Disneyland, is as expected, a fun place for kids. Since our kids are really Disney Junior babies, they were very familiar with the characters and enjoyed every minutes spent under the blazing Hong Kong heat. It was unfortunate that we were there during the hottest days of the year and there were barely any characters walking about like they usually do. But nonetheless, the very few that we saw were a delight to the kids. We did see them all when we watched the Golden Mickeys. We also visited some of the newer attractions in Disneyland: Grizzly Gulch, Mystic Point and ToyStory Land — all of them were very nice additions to the park. I especially appreciated Mystic Point. It was a bit scary for my three-year old, but once she gets past the light effects and the thundering sounds, it really is very well done. 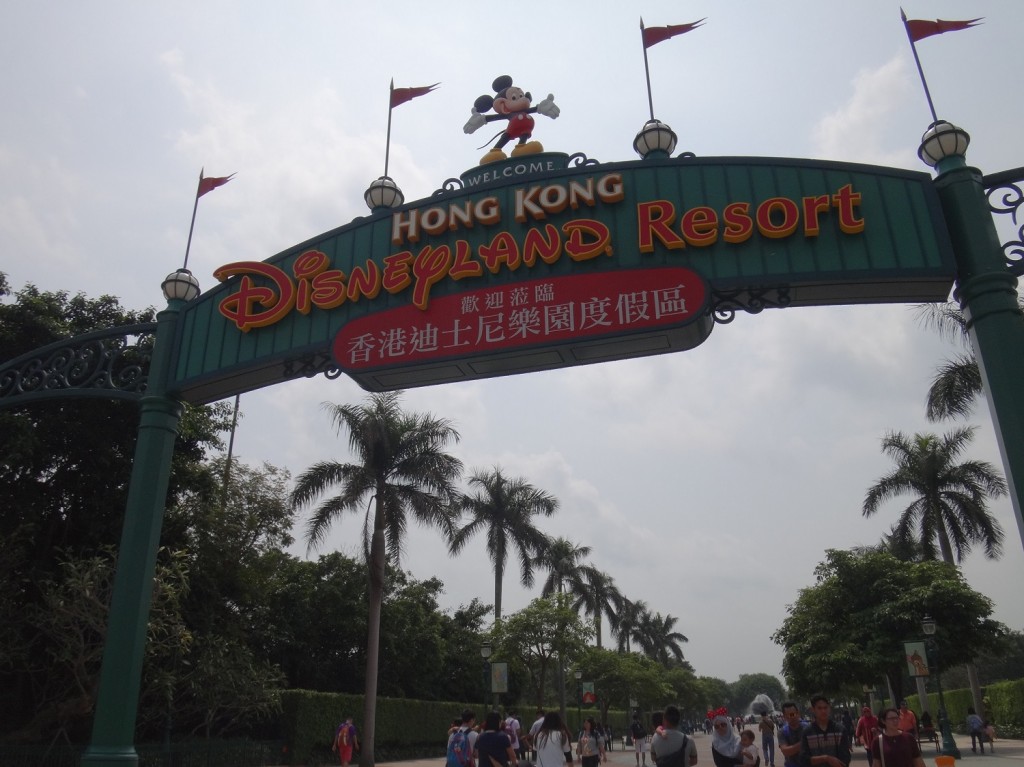 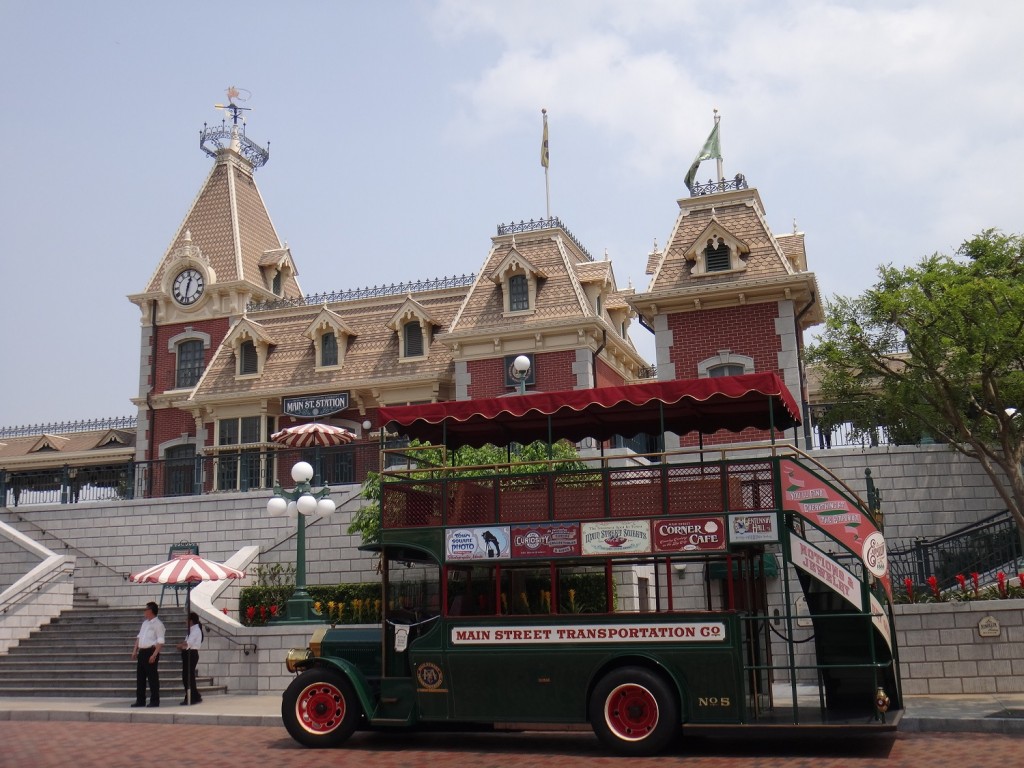 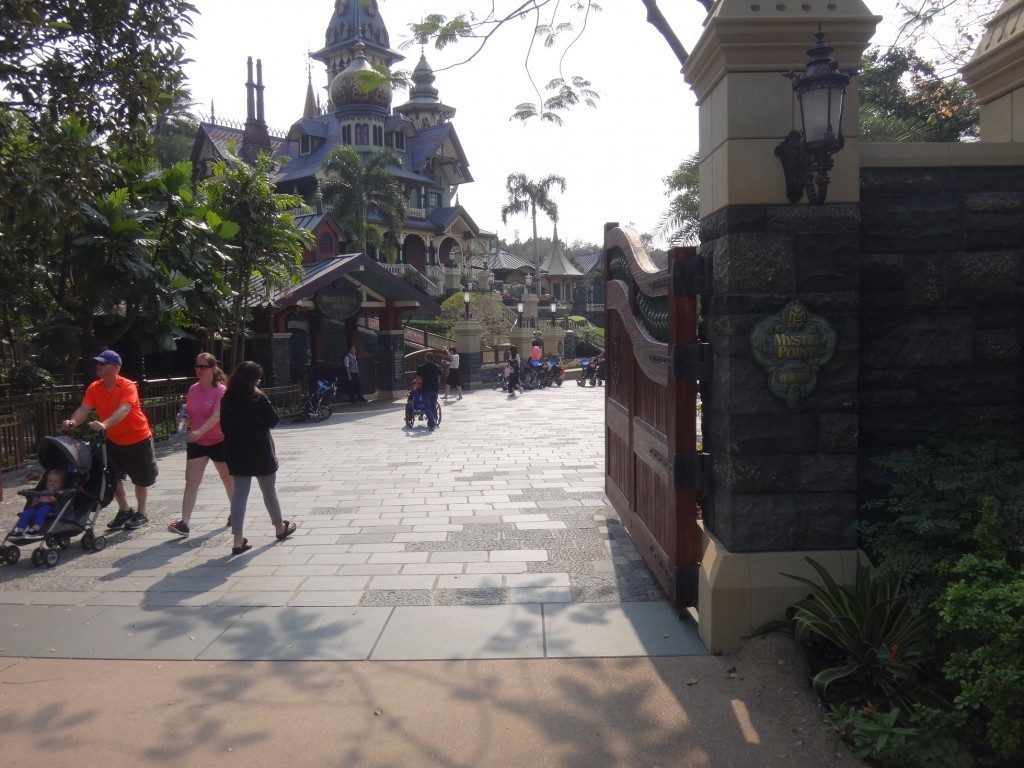 If I were to do it again, I’d probably choose to do this at the end-tail of our trip. Getting in and out of Lantau is a bit hard. It takes about 40 minutes to get to the Central parts of Hong Kong from there via MTR or cab.

By Day 2, we decided to transfer to Panda Hotel. While the rooms are lovely and the hotel has a big commercial complex underneath (Panda Place Mall), I would choose one of a more central location than this one. Getting to the shopping areas of Mongkok meant getting on the MTR and traveling about 30 minutes (8 stops away). They do have a shuttle going to Tsim Sha Tsui, but the last one leaves around 7pm. It’s kind of difficult to go back to the hotel via taxi, the fare will set you back HKD250. 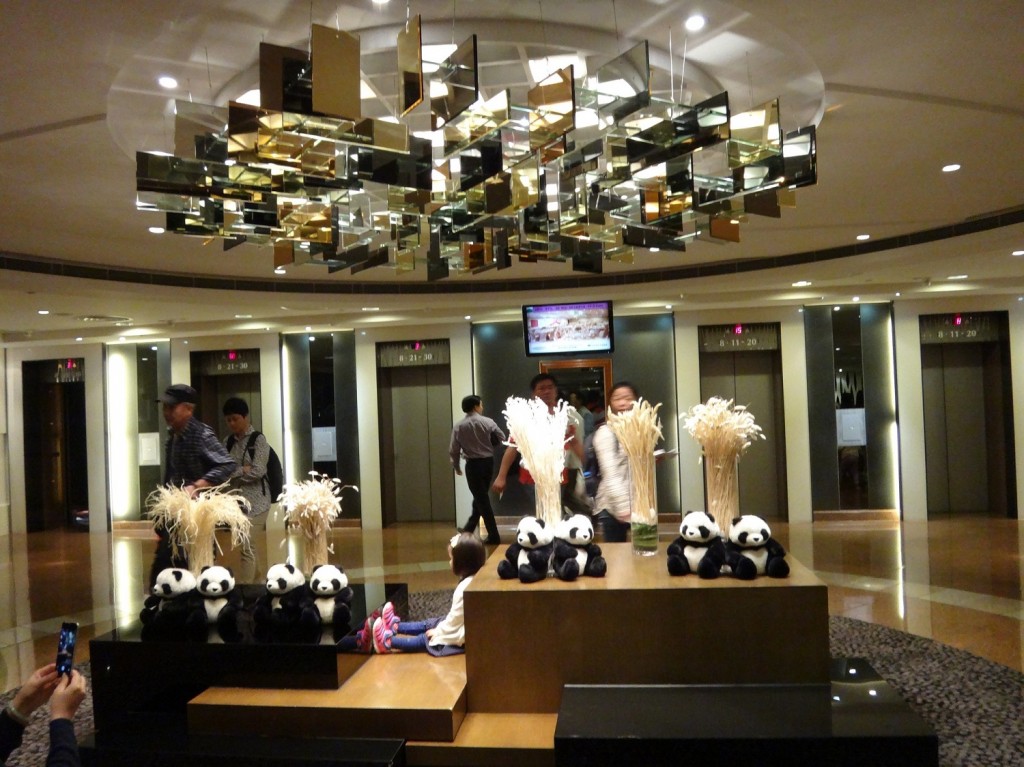 The Lobby of Panda Hotel

Be that as it may, Panda Hotel is a great choice for traveler who do not mind the commute. It is a four-star hotel easy access to food and shopping. The staff is friendly and the rooms, while a bit dated, are still very comfy.

We spent about two days just going around the shopping areas and finding good places to eat in Hong Kong. The hotel being in the Kowloon district, it had plenty of dining opportunities to offer and we did enjoy our stay in the area.

For our last full day, we decided to go to Ocean Park. This really was the best decision and our kids really had fun. They had a place with Giant Pandas where our kids spent most of the day, first because the pandas were so adorable and second because it was cool inside the sanctuary. For kids who are not afraid of heights, make sure you take them on the cable car going up. It’s such a thrilling experience and isn’t one to be missed. Use the Ocean Express going down for a different view. On the upper part of Ocean Park, they have the North Pole and South Pole exhibits. The kids were giddy with delight watching the jumping, swimming, diving penguins. I had to admit I was also pretty excited to see them. 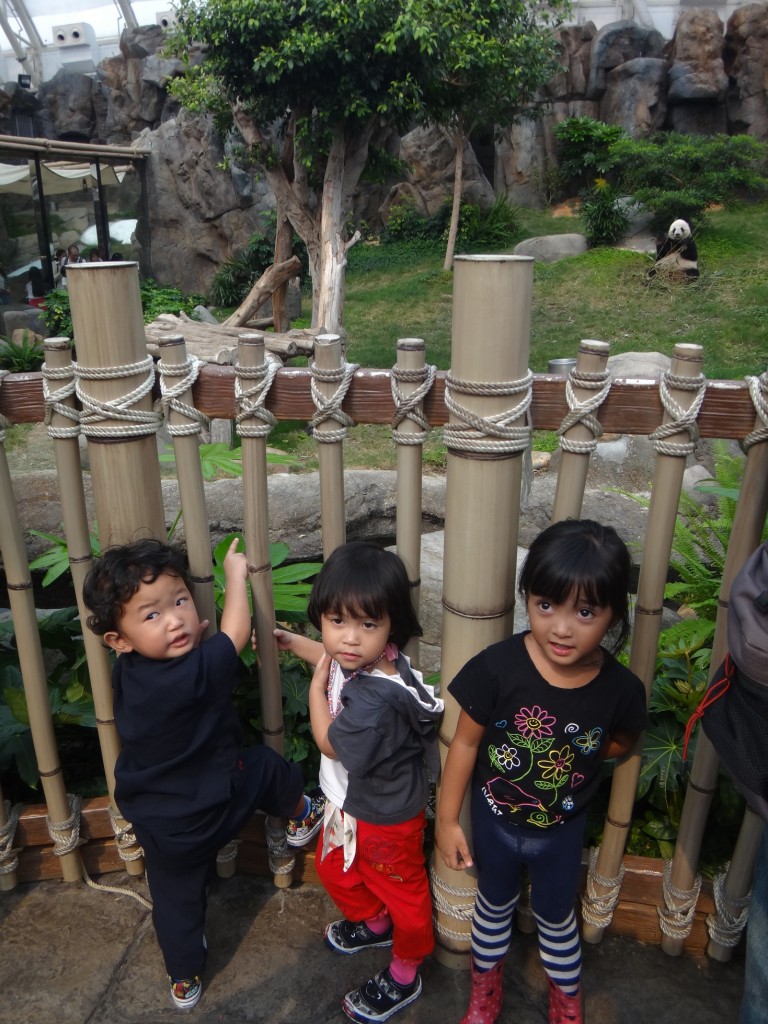 Three toddlers and a panda bear 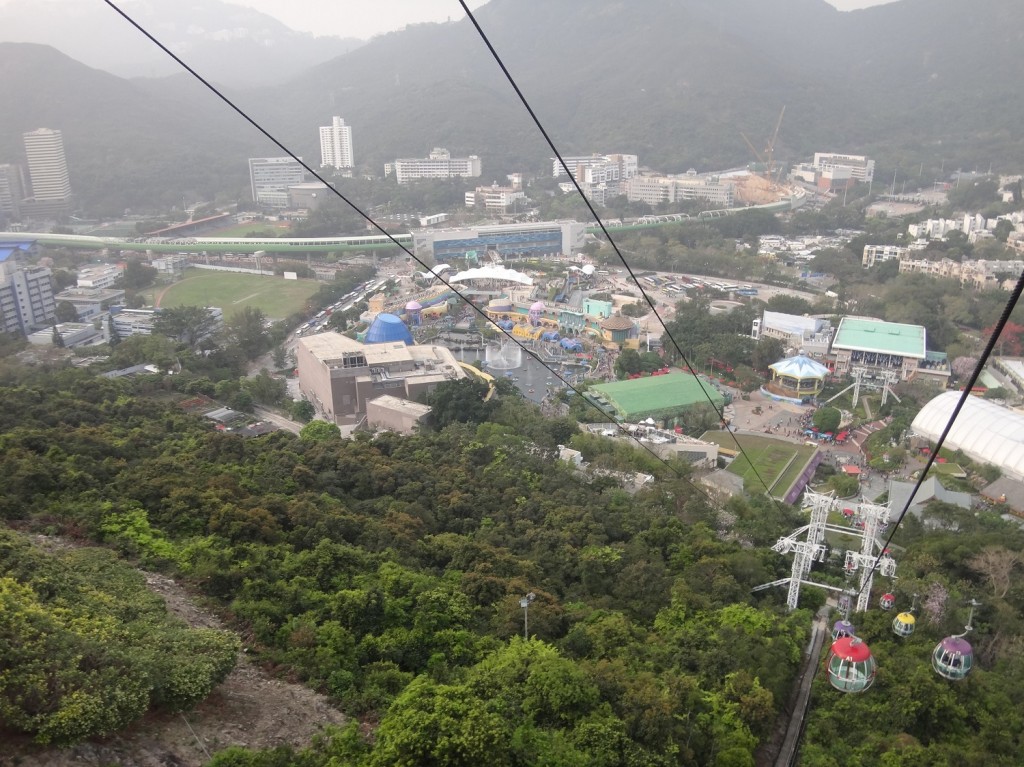 The view from inside the cable car Family time at Ocean Park with our little shark

Hong Kong is a great place to take toddlers, but the country can be a bit difficult to traverse if you are just using the MTR. Try getting central hotels so you can visit the tourist attraction easier. On the baby-friendly scale though, I’d rate it an 8/10 because we had trouble getting priority boarding with the kids in their airport, but other than that, a very good experience overall.