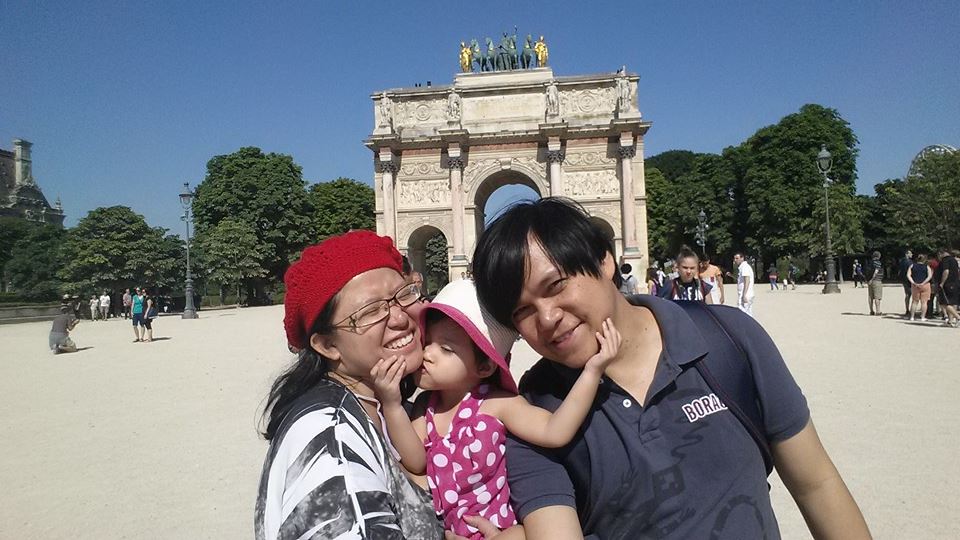 I named my daughter after the City of Lights because I’ve always been in love with the place. So, when we had the opportunity to go to Europe, we just had to make a brief stop in lovely Paris. Spring time in this area means warm afternoons but cold nights. Like most of Europe, it is difficult to tell if it is baby-friendly or not when you first set foot in the place. With all the rumors about how Parisians are, I would honestly say I was a bit scared that we’d have a hard time. We were pleasantly surprised with how nice people really were.

We were there at the time when the airport workers had a massive strike, so things were a bit slow in the airport. There were delays in flights to and from Paris but we had a very short flight, so not a big deal. We took Swiss Air and had a stop over from Rome to Switzerland to change planes to get to Charles de Gaulle Airport.

Public transport from the airport was a breeze. We got a pass for the trains and the buses for 3 days even if we were only staying for 2 days. Kids ride free. On the short train ride into the city, there were musicians playing in the train! It was very Parisian and my daughter really enjoyed it. Every subway we rode actually had musicians playing and asking for money – up to you if you want to give them some, but it really made commuting very enjoyable.

There are several places to see and things to do when in Paris. We were very fortunate to have stayed in a very lovely apartment about two blocks from Louvre Museum. The area is in the 1st Arrondissement, which is the center for contemporary culture. I got the place via AirBnB, which I will talk about in another post.

Since it was one of the nicer neighborhoods, we felt really safe walking around town and getting on a bus as easy 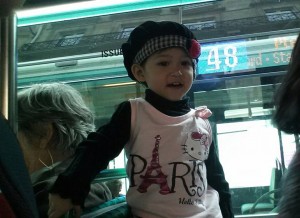 Traveling by bus in Paris is pretty easy, even with a kid in tow

(since the bus stops right in front of the historic building where the unit was). People in any of the public transportations were very considerate to couples travelling with a baby and would often get up to offer you their seat.

Now, I was talking about how nice people were earlier. One testament to that was the kind elderly lady we met on the bus. We got lost trying to find out apartment after walking for a few miles, so we asked the person sitting in front of us if she had any clue where the street was. She said we were way off. So she got down in one of the stops with us and walked with us for a mile! All the while talking about life in Paris and comparing it to Nice (where she originally hails) and didn’t mind taking us to the closer bus stop to where we should take our next ride. It really was very kind of her.

It really was a preview of how people were in general. Through the next two days that we were there, we had people opening doors for us, giving up seats and even offering to carry our very heavy luggage (loaded with sausages from Germany).

As for places to see in Paris when travelling with a kid, I would recommend the Jardin des Tuileries. This sits next to the Louvre and is a nice open space for walking around and enjoying the nice Spring air. There are a few modern sculptures, some cafes, the giant ferris wheel and a play area for kids. You could also just lounge around the seats and look at the calm pond waters. Do watch out for solicitors who will ask you to sign some petition and ask money from you. 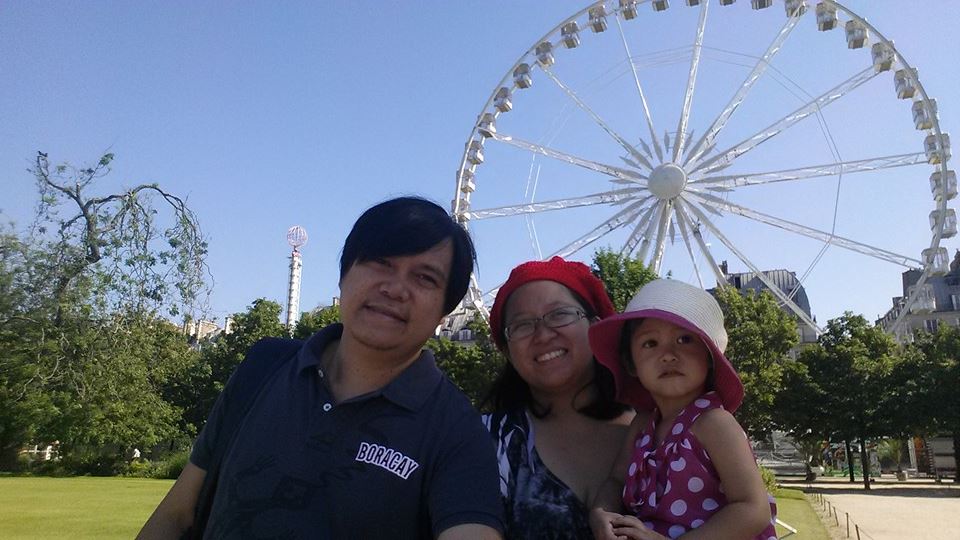 Musee de Louvre is a great place for art lovers, but isn’t really for kids. There are modern commercial establishments (yeah, like a Starbucks) inside were kids can comfortably hang around while parents take turns visiting the museum exhibit, but kids will enjoy just staying at Jardin des Tuileries just as much as being inside the museum. 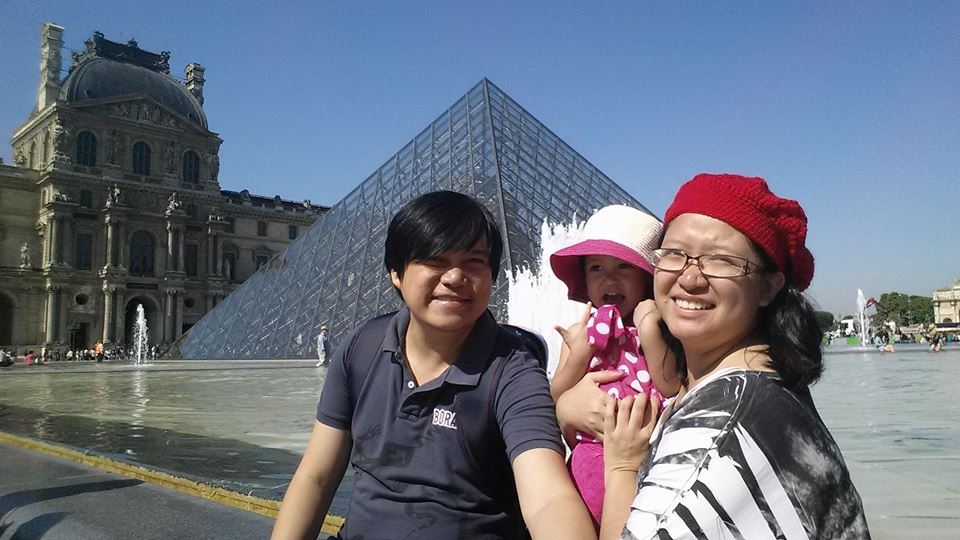 Outside Musee de Louvre with the infamous pyramid

Walking along the Seine River is another thing to do with toddlers. There are a bunch of cafes in the area so taking a quick stop to rest is always very relaxing. 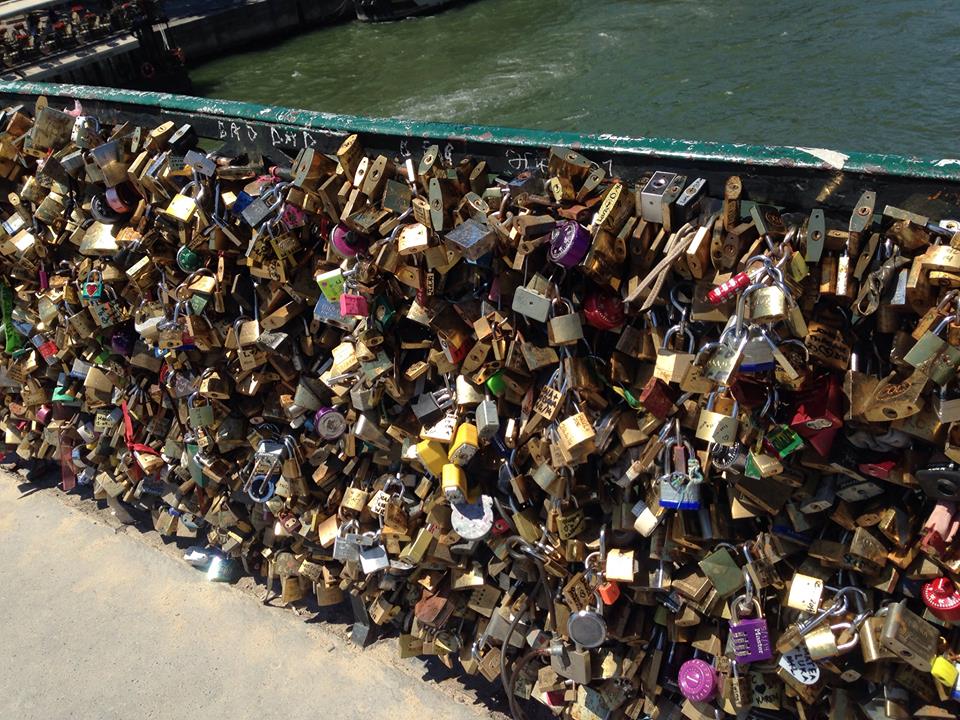 Love locks on the Pont des Arts. One of the things to see if you walk along Seine River. 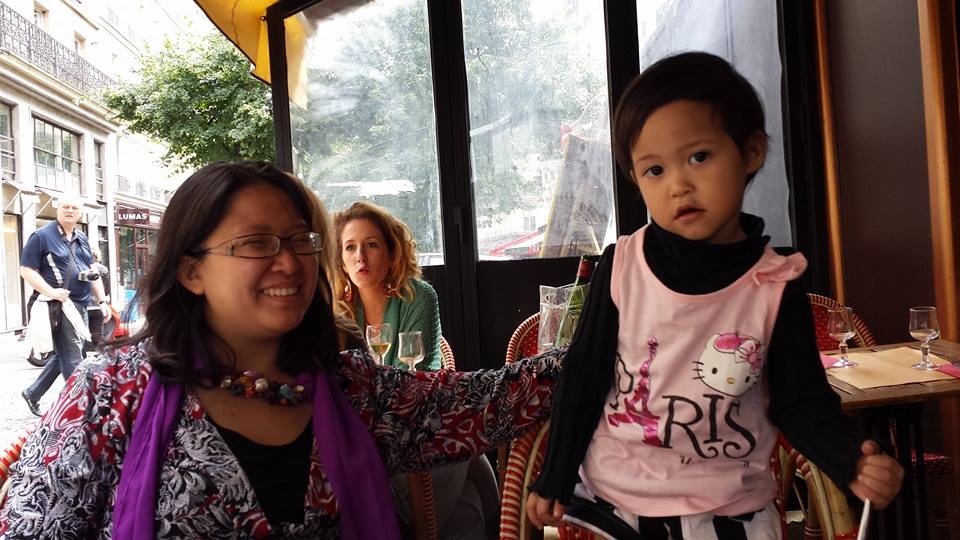 A very nice cafe along the streets near the river

Of course, you shouldn’t dare visit Paris and not see the Eiffel tower. I highly recommend going there just before sunset and set up a picnic at Champ de Mars – the large public green space around the tower. A lot of people go there to do just that. You can watch the light show which ends just before midnight. Trains close about 11:45, so try to catch the last one before it closes. 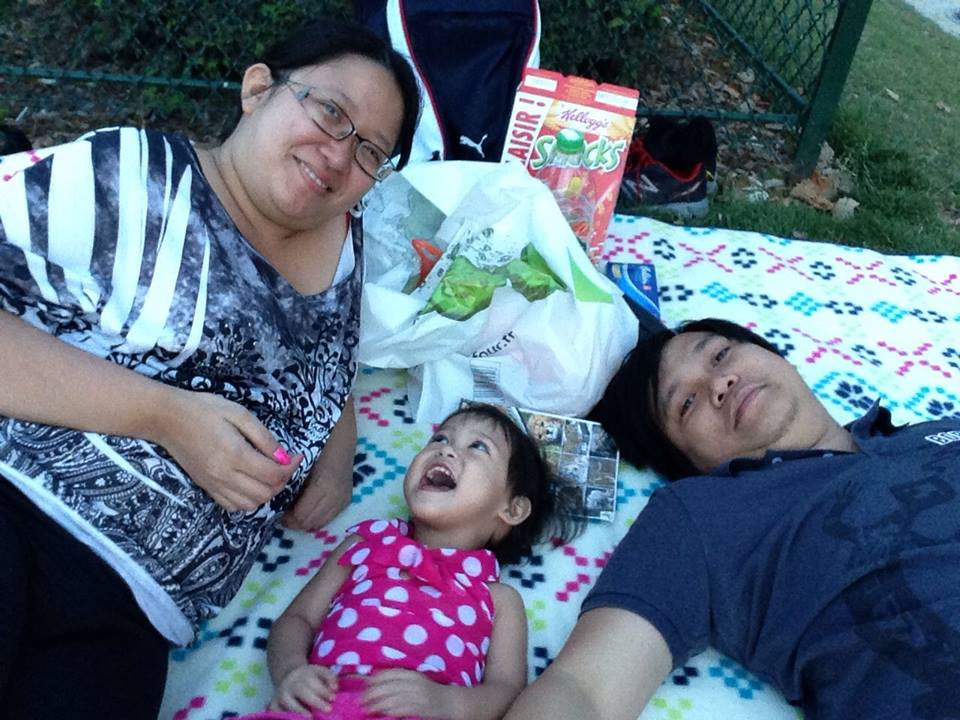 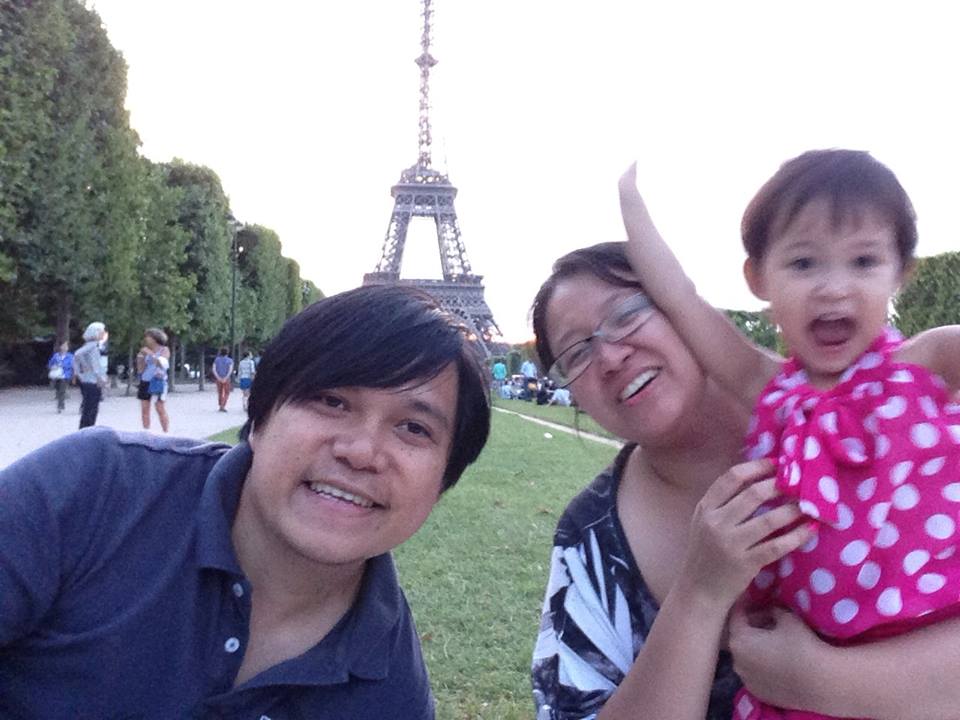 Paris was one of the dreamiest places to see in Europe and even if you don’t load up your itinerary with things to do, just walking around and enjoying the sights and tastes would really be memorable for the whole family.