Before the day ends I wanted to share the awesome experience we had at Auckland’s Santa Day Parade. I decided to take my daughter to the parade the day before I flew to Manila for a short trip. There were two things I really wanted to share with her that day: her first public bus ride — which was quite an adventure in itself — and the annual Christmas event.

There were a lot of great floats this year which was met by a roaring crowd of several hundred people lined up along Queen Street from Aotea Square all the way to Britomart. The parade was due to start at 1pm but it was drizzling that day so even if we were 30 minutes late, we still caught a glimpse of a lot of the floats. The great thing was, when we got to the city the bus service was free. Parking was also free for those with cars.

Here are some of our best photos of that day: 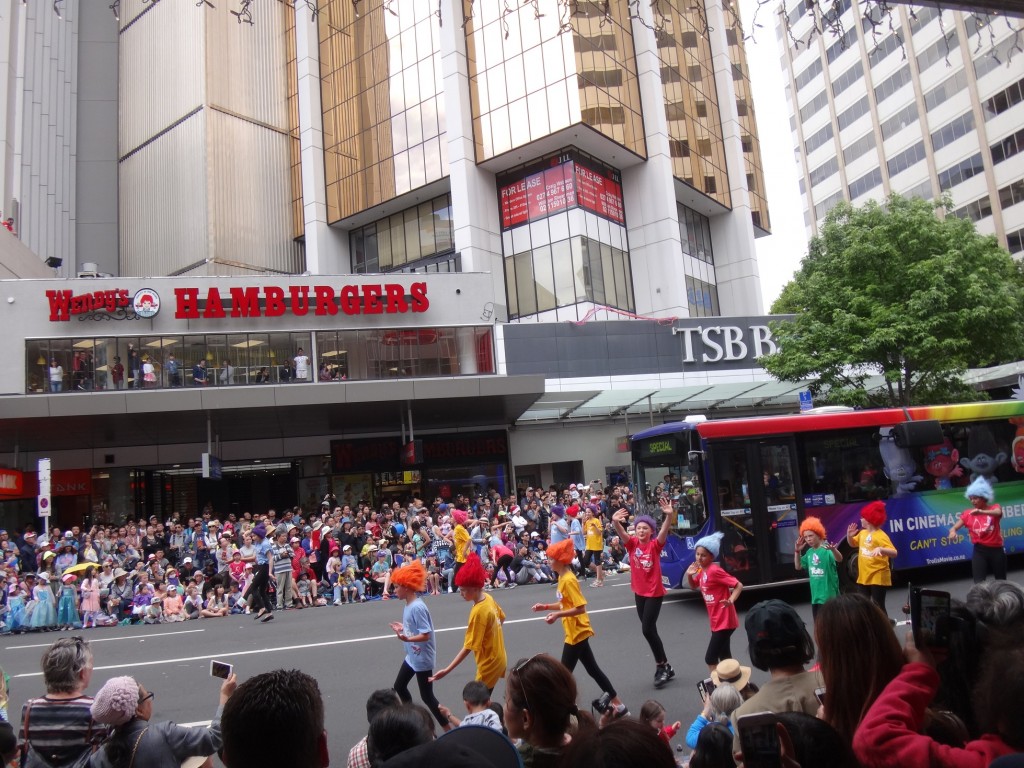 Cute little kids dressed up as the Trolls. 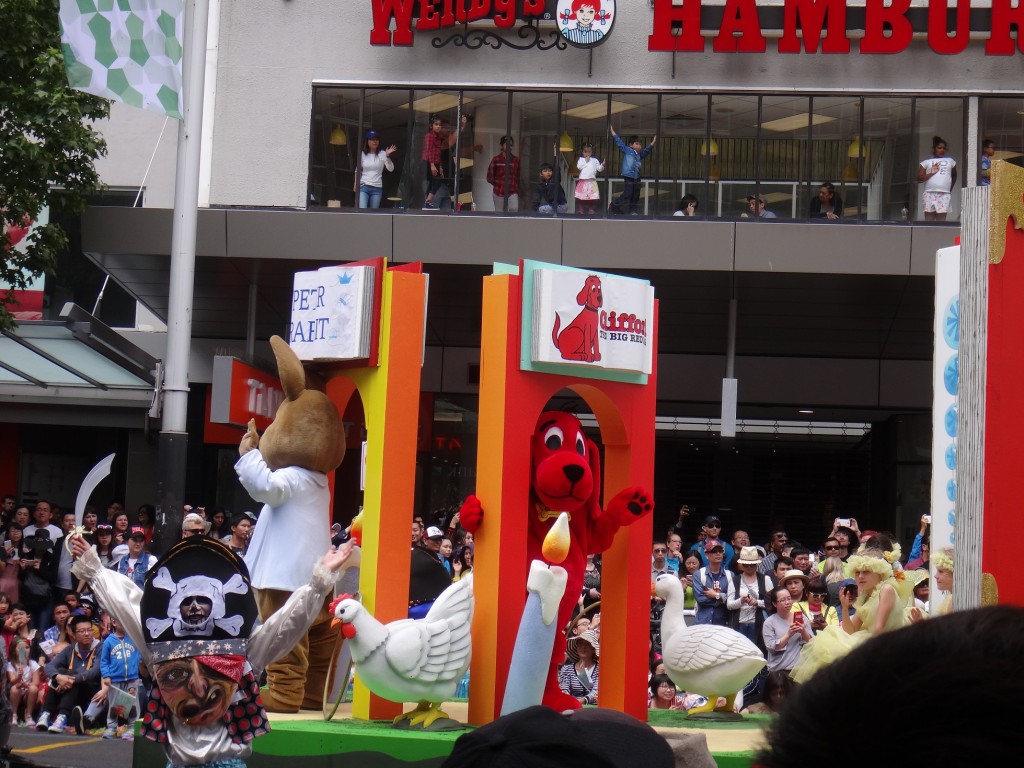 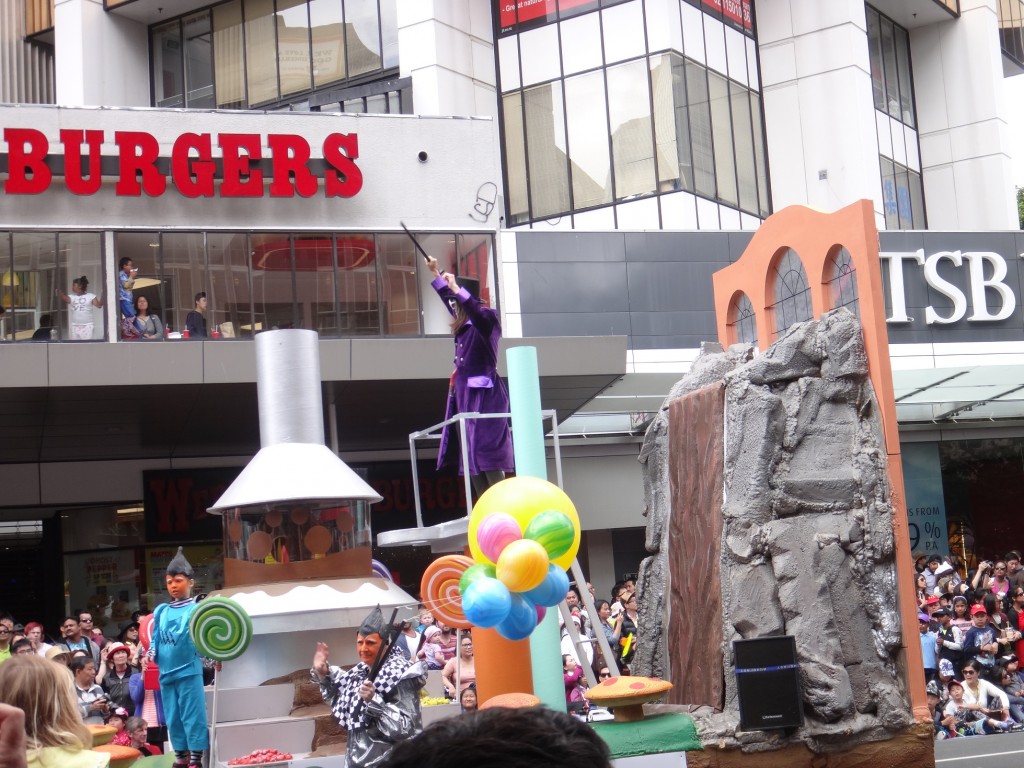 One of my favourites, the Willy Wonka float 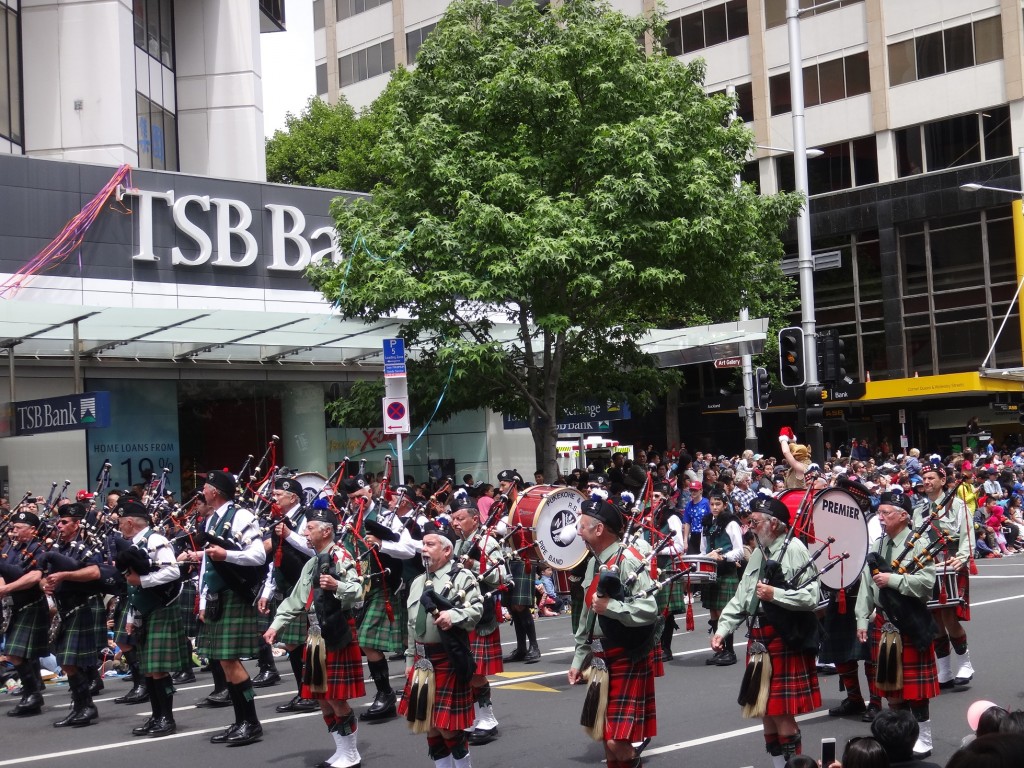 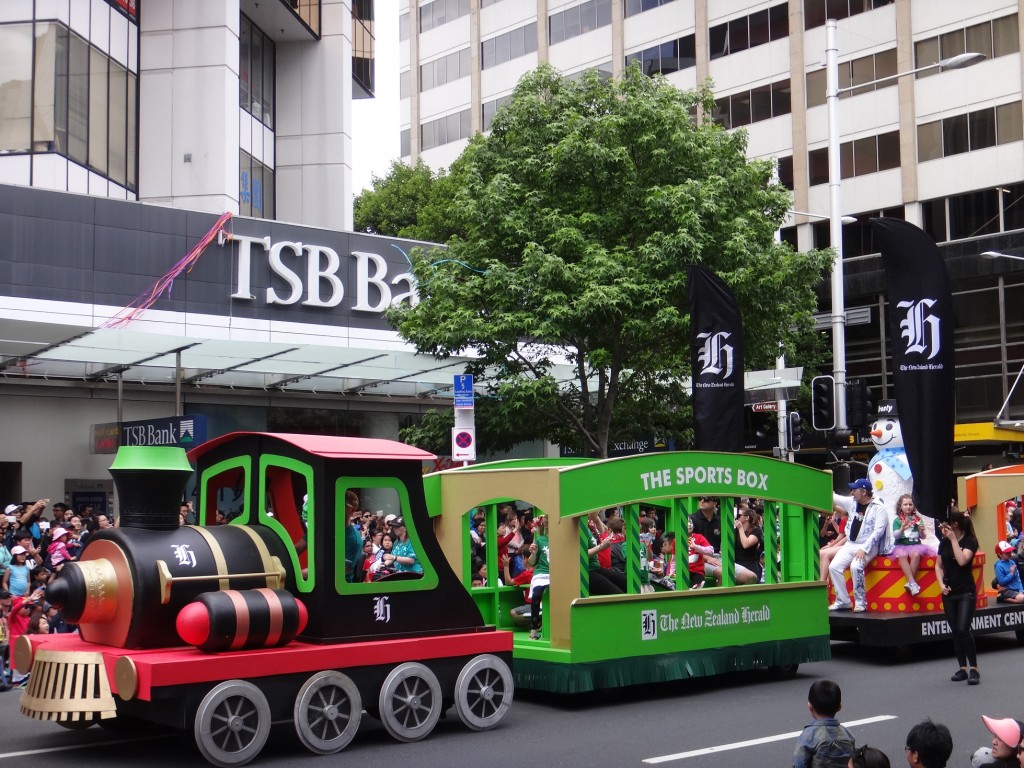 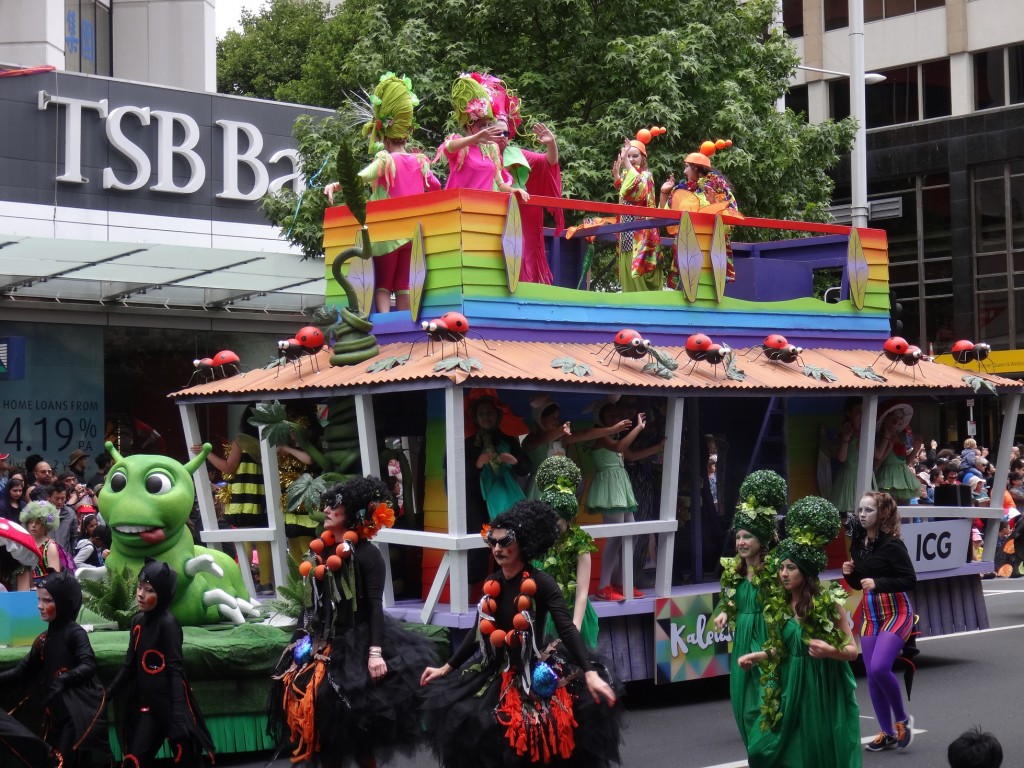 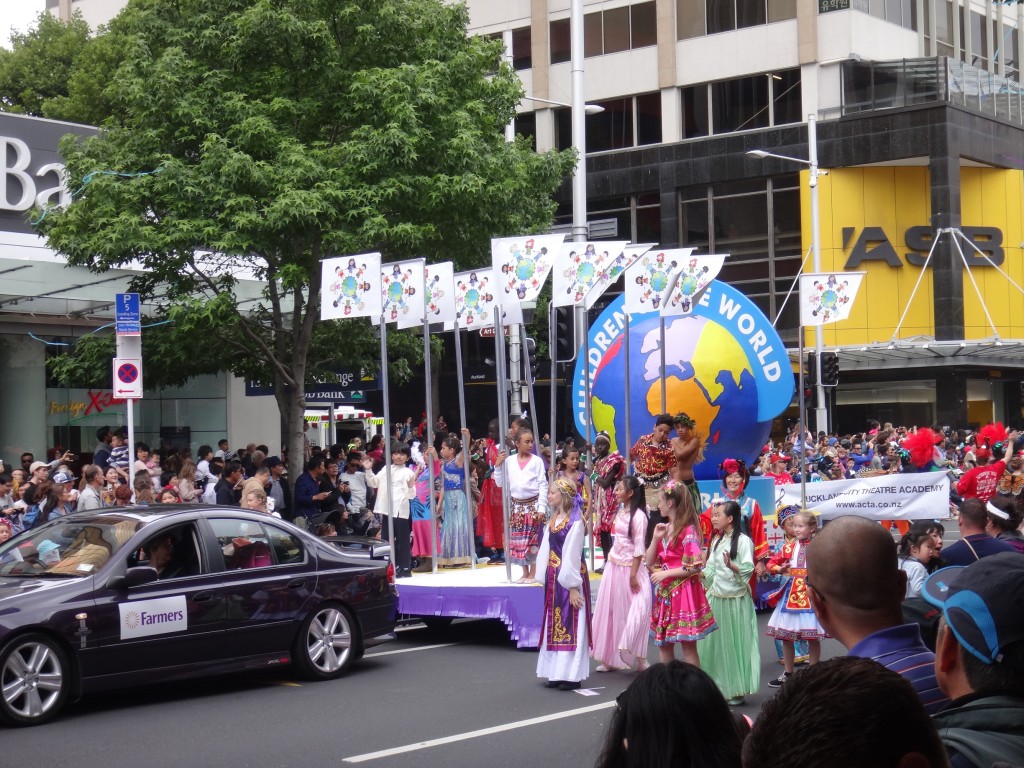 ACTA’s Children of the World float 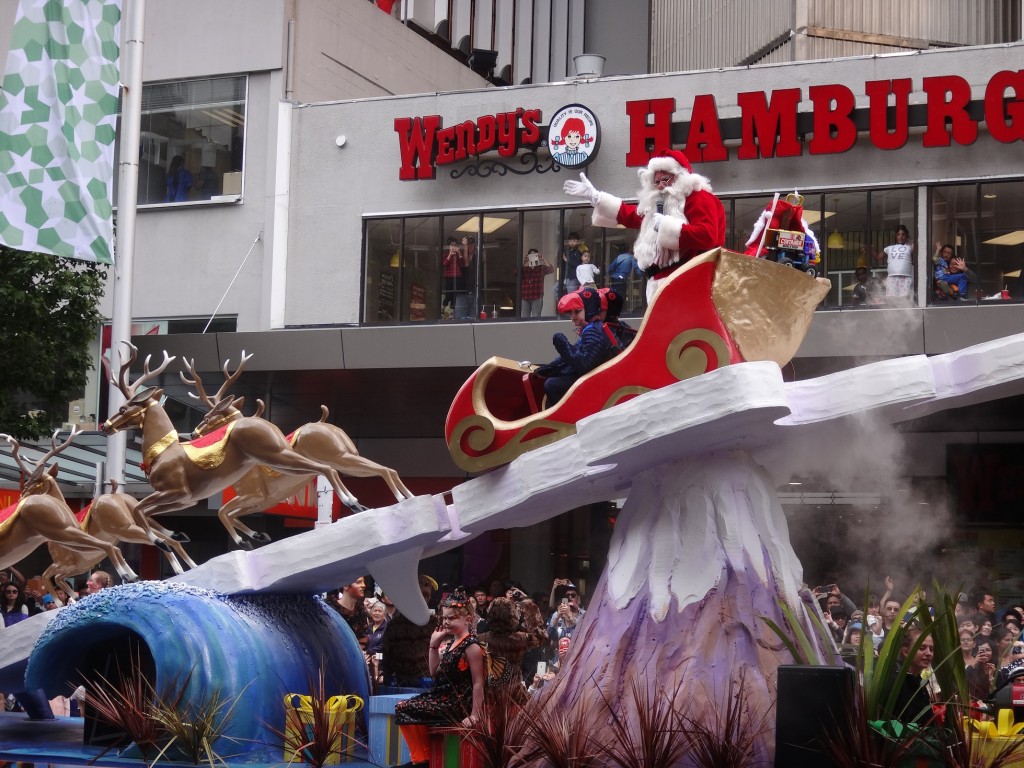 Last but not the least, Santa’s Float 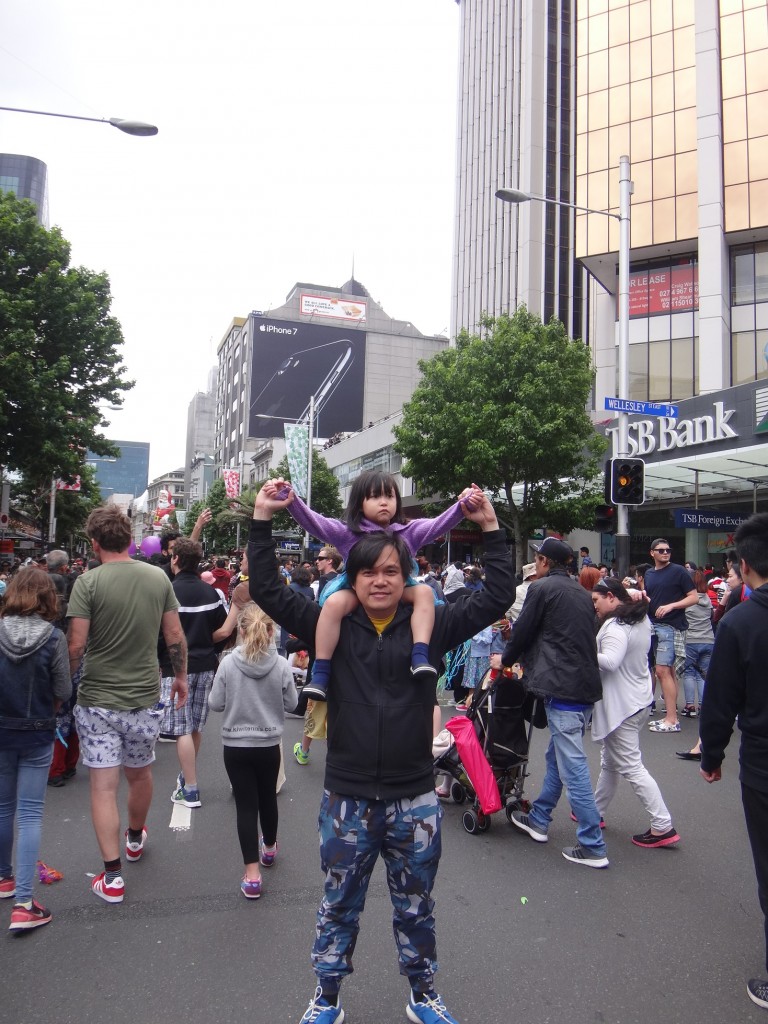