Just got back from today’s run of Disney Live! Mickey’s Music Festival at Kia Theatre and we’re still on a musical high. I loved everything about that show — fom the songs, to the interactive elements and down to the perfect venue. 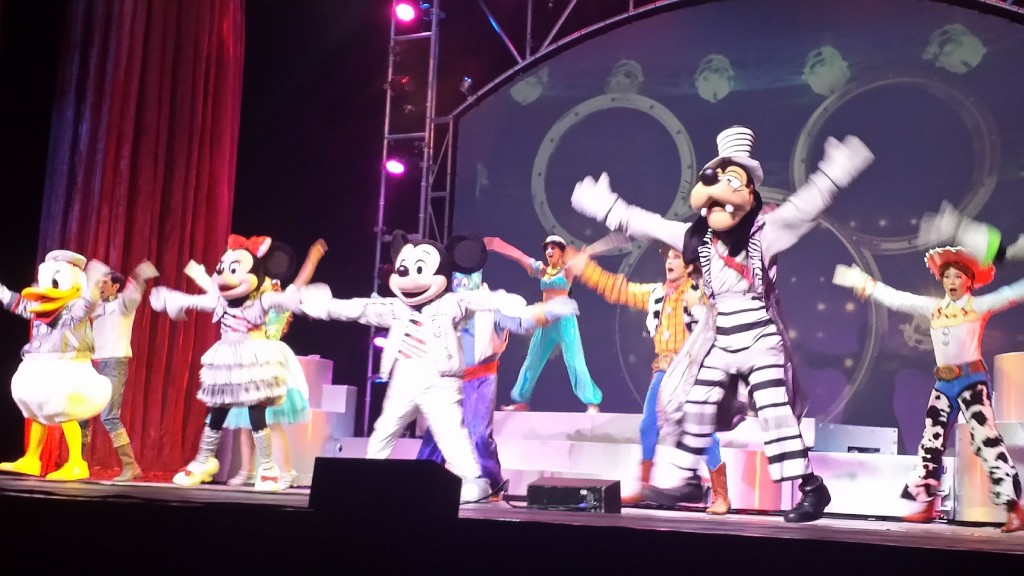 Disney Live! is the first show staged at the new Kia Theatre. What used to be a famous cinema in the 60’s (New Frontier Theatre) has just had a major makeover.

I love that it’s really big (with 2,385 seating capacity) yet it fells nice and comfy and is perfect for smaller concerts or live performances. The spacing between rows are just right that and it has really great acoustic quality, even from the back, you clearly see and hear everything that’s going on on-stage. The place is also equipped with the latest in audio, visiual and lighting technology. The seats are super comfy even if these are just cushioned folding chairs plus the place is carpeted and super clean and fresh. 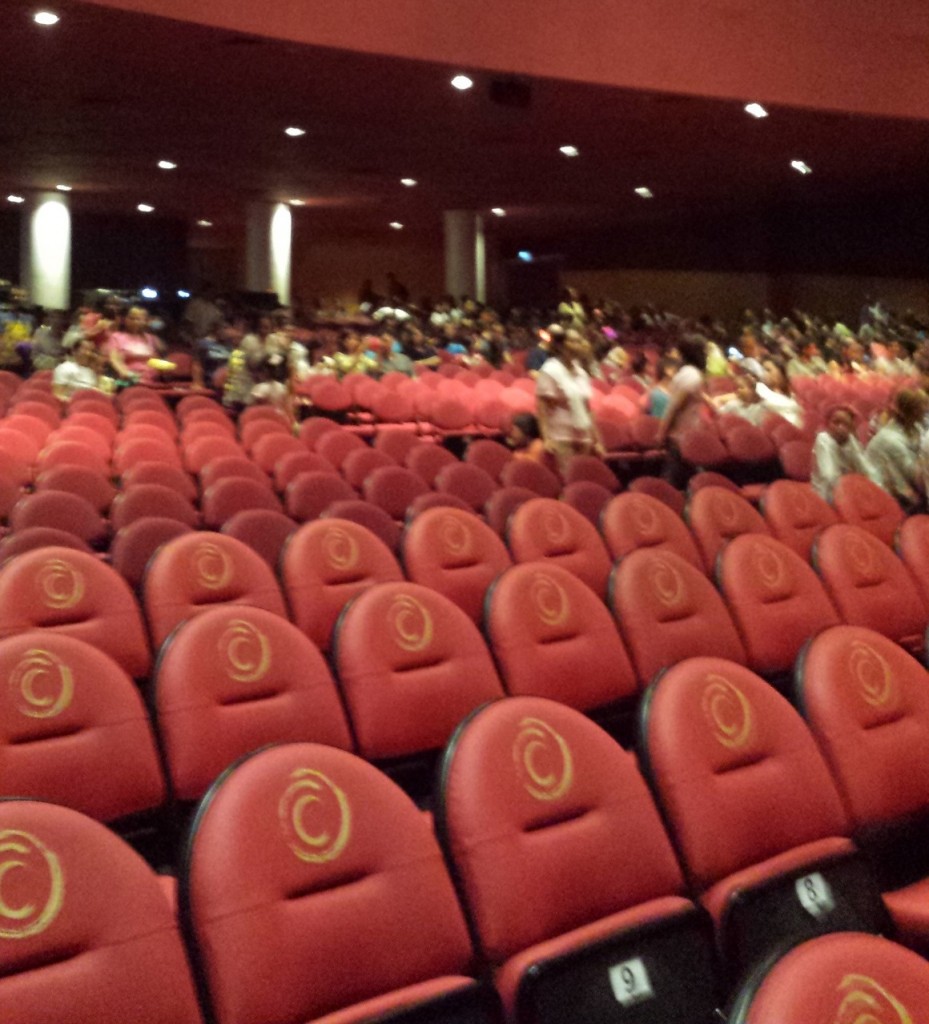 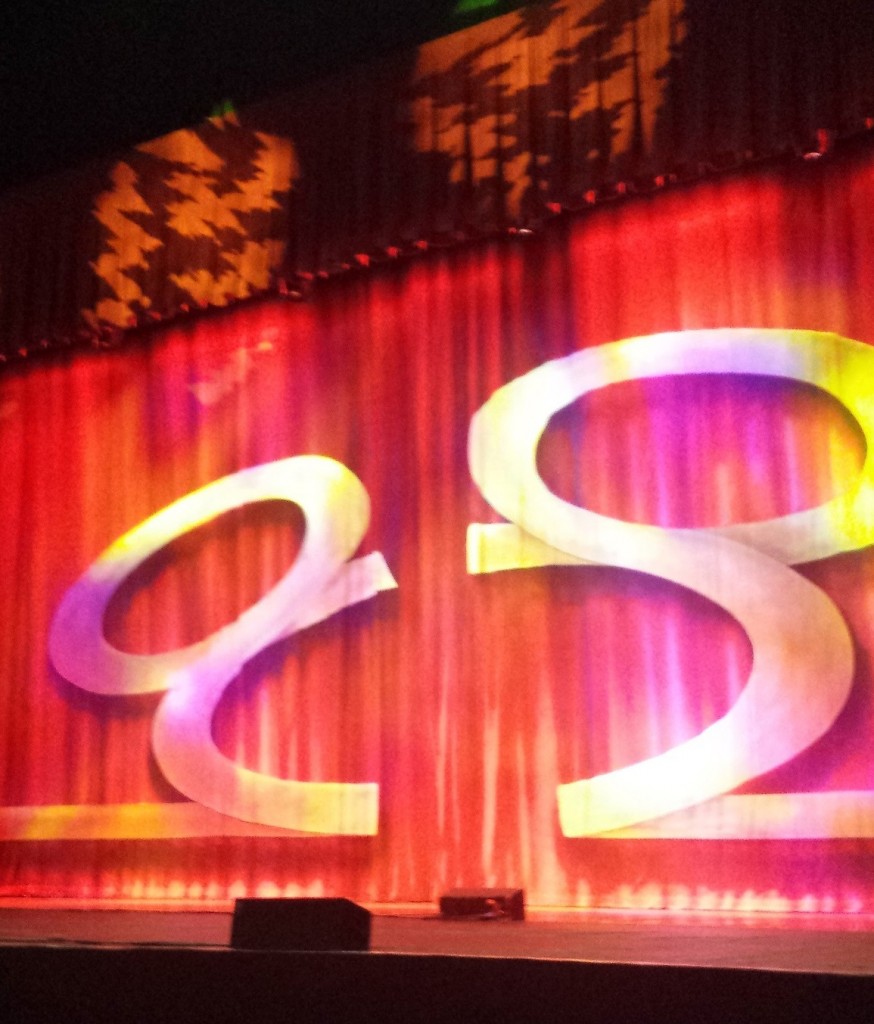 The stage of Kia Theatre

The 90-minute production had a great line up of songs from the familiar Disney tunes to the more upbeat pop music chart-toppers. You’ll end up singing along and dancing to the great music. There were over 25 Disney stars in this show including Mickey, Minnie, Donald, Goofy, and characters from Aladdin, The Little Mermaid and Toy Story. 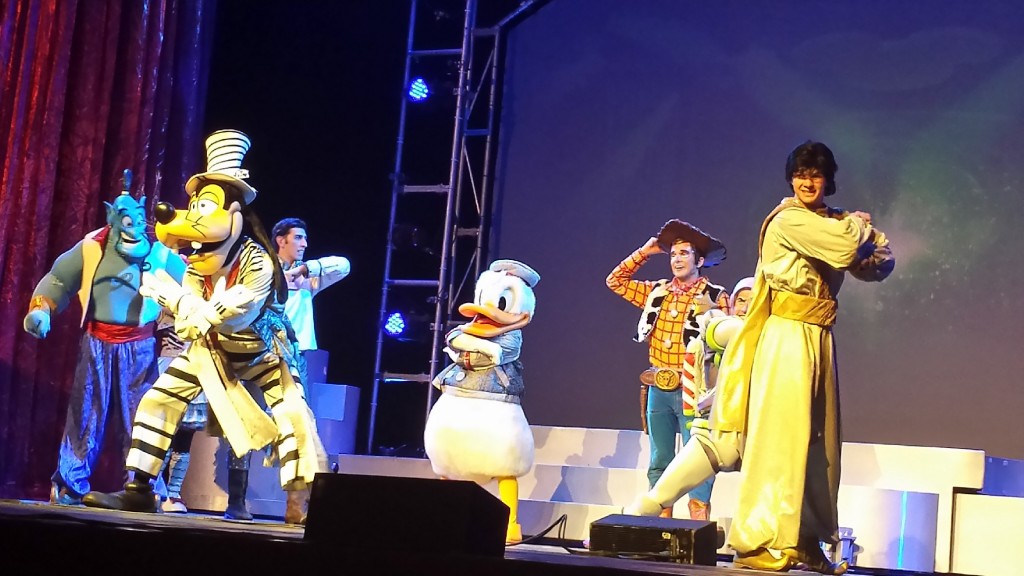 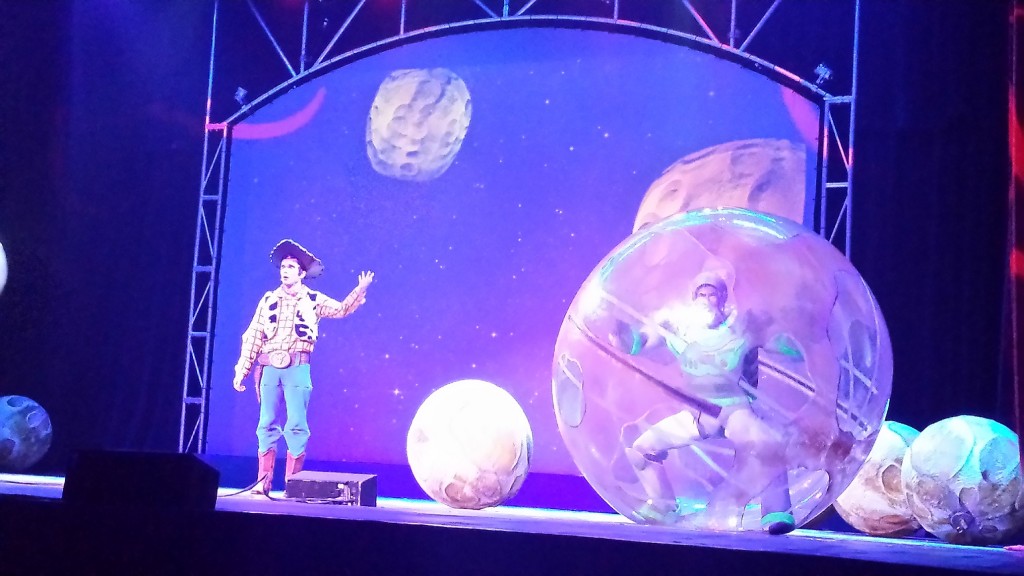 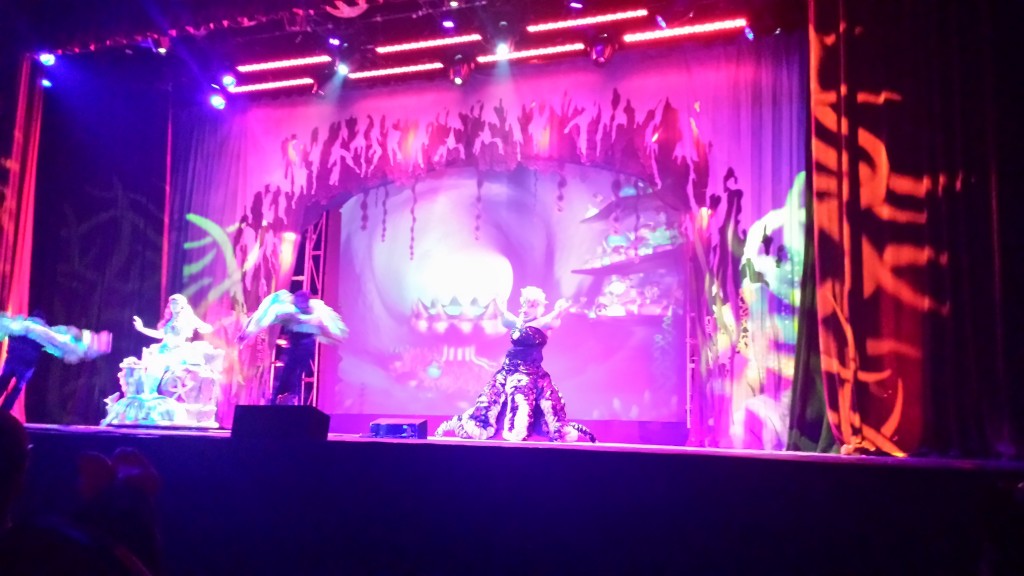 What I really love about Disney Live! is the interactive elements. They don’t just sing and dance, it feels like the characters are actually talking to the audience. (Spoiler Alert!) There’s even a part with a meteor shower and some “meteors” get into the audience area. 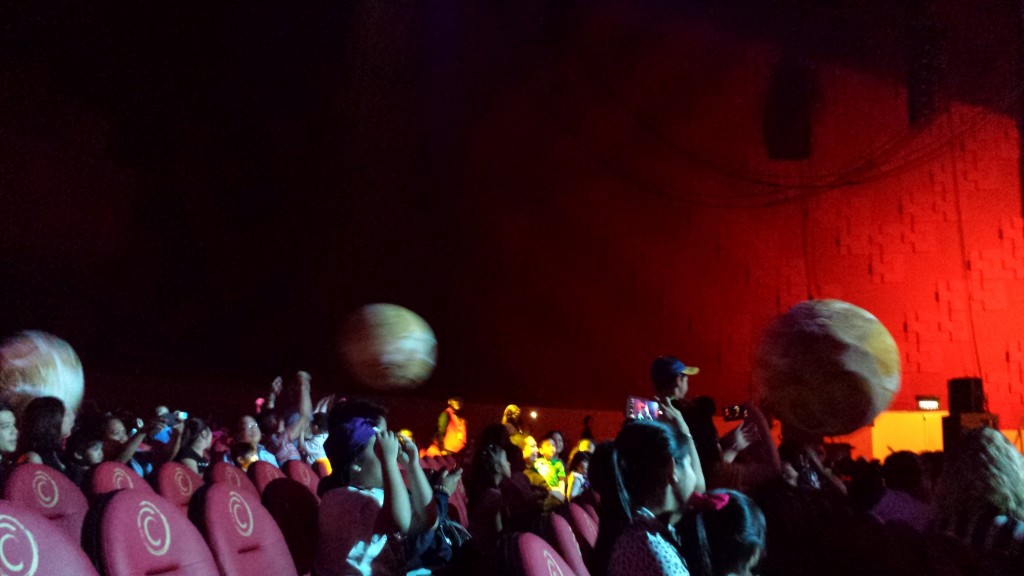 Meteor shower! Inflatable balls designed as meteors bounce out to the audience. 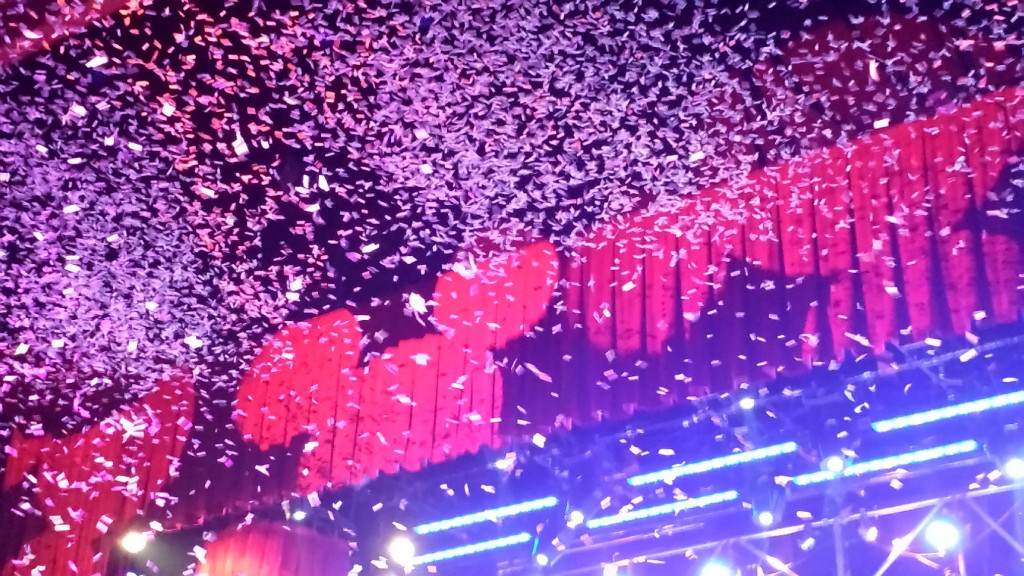 A shower of confetti! 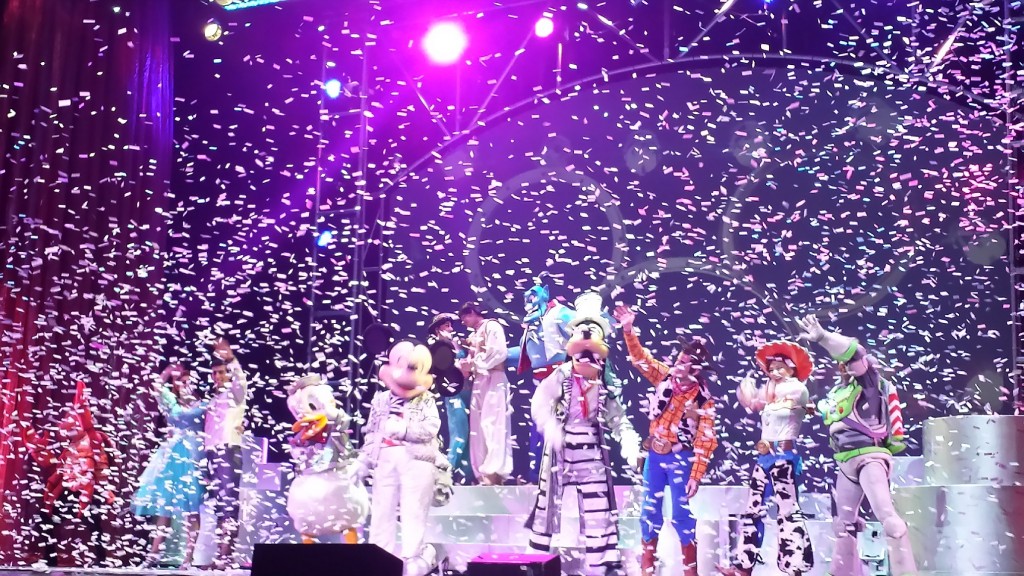 No show is every really complete without it.

It is everything one can expect from a Disney production — musical, fun, interactive and of course, magical!